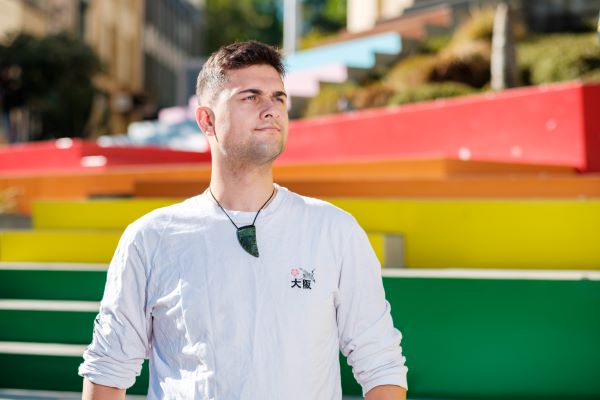 “I work in 3D animation making really awesome Māori-centric video games. I have a lot of creative freedom and constructive input into the animations and content that is centred around my own cultural heritage,” says Rueben, who is an AUT graduate in digital design.**

He found his way to Metia Interactive through an internship with Weta Digital's motion capture department in his second year that opened up many doors, including a meeting with Metia Interactive’s inspiring founder Maru Nihoniho.

Now working in a long term contract role for Metia, Reuben strongly encourages students to network as much as possible.
“Your best bet is to make the best portfolio and show-reel you can, and then try to talk to every person you know, or can get to know, who is involved with the games industry, animation industry or visual effects industry,” he advises.

No week at Metia Interactive is the same, says Reuben. In the role of 3D animator Reuben manages animation sequences for the game characters, such as the dastardly enemies of Guardian Maia, the mutated savage warriors named Tama Tu. This can involve a mix of keyframe animation from Reuben, as well as using captured motion data of professional Māori weapons experts.

Whether directing the mocap sessions, or clambering into a motion suit himself, it’s Reuben job to obtain the best performance for the cinematics, game animations or promotional sequences for upcoming game content.

“I can be 3D modelling, UV mapping, rigging characters or making Shaders. The majority of my time I’m working closely with animation sequences that need to be created or improved to fit their purpose. This could be anything from a game-centric series of motions to drive a locomotion system, to elaborate sequences that capitalise on visual spectacle for social media posts and promotional material.”

Animation has always interested Reuben who, as a child, would make stick figure animation and stop motion Claymation.
“3D animation seemed a natural step towards what I always wanted to do and once I started practising 3D in an academic setting, I was hooked,” he says. 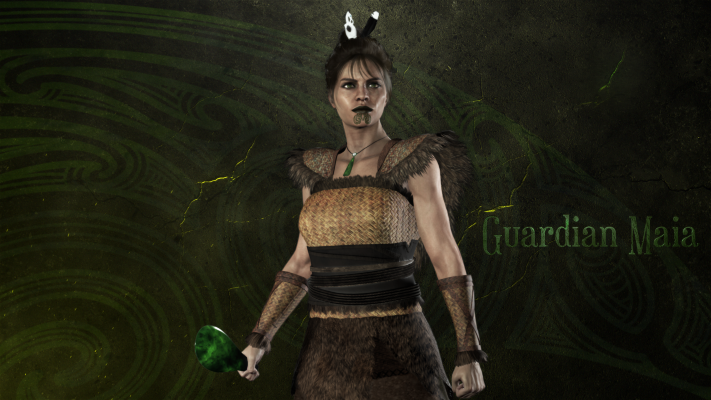 Metia Interactive was founded by Maru Nihoniho, one of the few leading female Māori in the industry. She set up the studio to challenge the scarcity of empowered female protagonists in the video game industry, and to challenge the lack of authentic Māori representation in this immersive story telling medium. Guardian Mia,an exciting story tangential to Māori culture with a main wāhine Māori character, is a strong example of this focus.

Reuben is delighted to use his animation skills to preserve, develop and create games with Māori content, made by Māori.
“The industry has frequently misinterpreted Māori stories and traditions, but Maru frequently brings a clarification and authenticity to the stories of our historically marginalised people by tapping into the artistry, ideals and traditions of old through video games and immersive media. I love that I am involved with Māori artists and team members to co-ordinate our project efforts into making really awesome Māori-centric video games.”

Reuben has also represented Metia Interactive at the 2021 NZ Game Developers Conference where he participated in a panel on kaupapa and tikanga Māori in the game development space.

“We discussed the dos and don’ts when incorporating Māori culture into a digital medium. Meeting and networking with passionate game developers was an absolute treat and hearing positive feedback on the experiences, that I and the whānau at Metia Interactive had to share, made it all the more worthwhile.”

When trying to get into the industry, Reuben says it is really 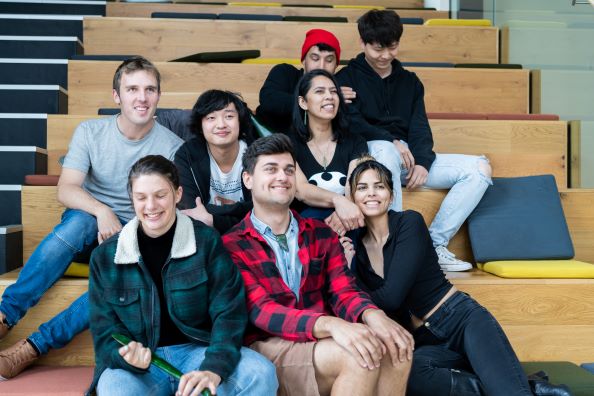 doesn’t make the cut. Therefore, it is vital to have the right mindset.
“You need to keep scrutinising your work and confronting your shortcomings and finding excitement in your personal progress so you will persevere.”

“Not only do you get to familiarise yourself with people who can teach you invaluable industry knowledge, but if those same people can see your potential, they’ll be able to put a good word in for your character and affirm your experiential credibility when finding other work opportunities down the line.”

In Reuben’s case, he was lucky enough to become Weta Digital’s very first motion capture department intern. This opportunity flung open many doors to people in the digital space, including Metia Interactive. He hasn't looked back.

Reuben's boss, Maru Nihoniho, advises graduates to be thirsty to learn and develop.
“From the first day Reuben wasn't just animating, but also learning and using the tools in the Unreal Engine to get his work into the game environment.”

She encourages graduates to focus their CV or portfolio on a role in the industry they really want to do.
“There are a lot of different roles in the industry, some generalist and others very specific.  It's about knowing what you want to do and seeing where you could potentially fit, not just within a role but within the company itself.” 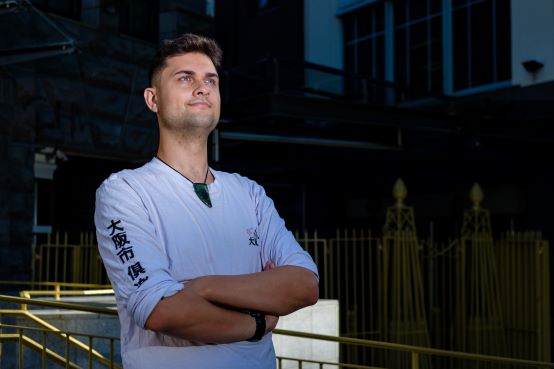 Sign into Elab Online and find out about all the workshops and events that are run by Employability and Careers to help you prepare for the workplace, find out about career options and discuss your future. 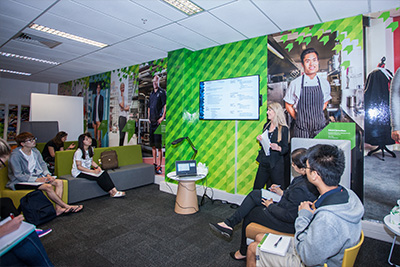